This website highlights opportunities learning German brings and ways you can connect with German-speaking communities in the future. 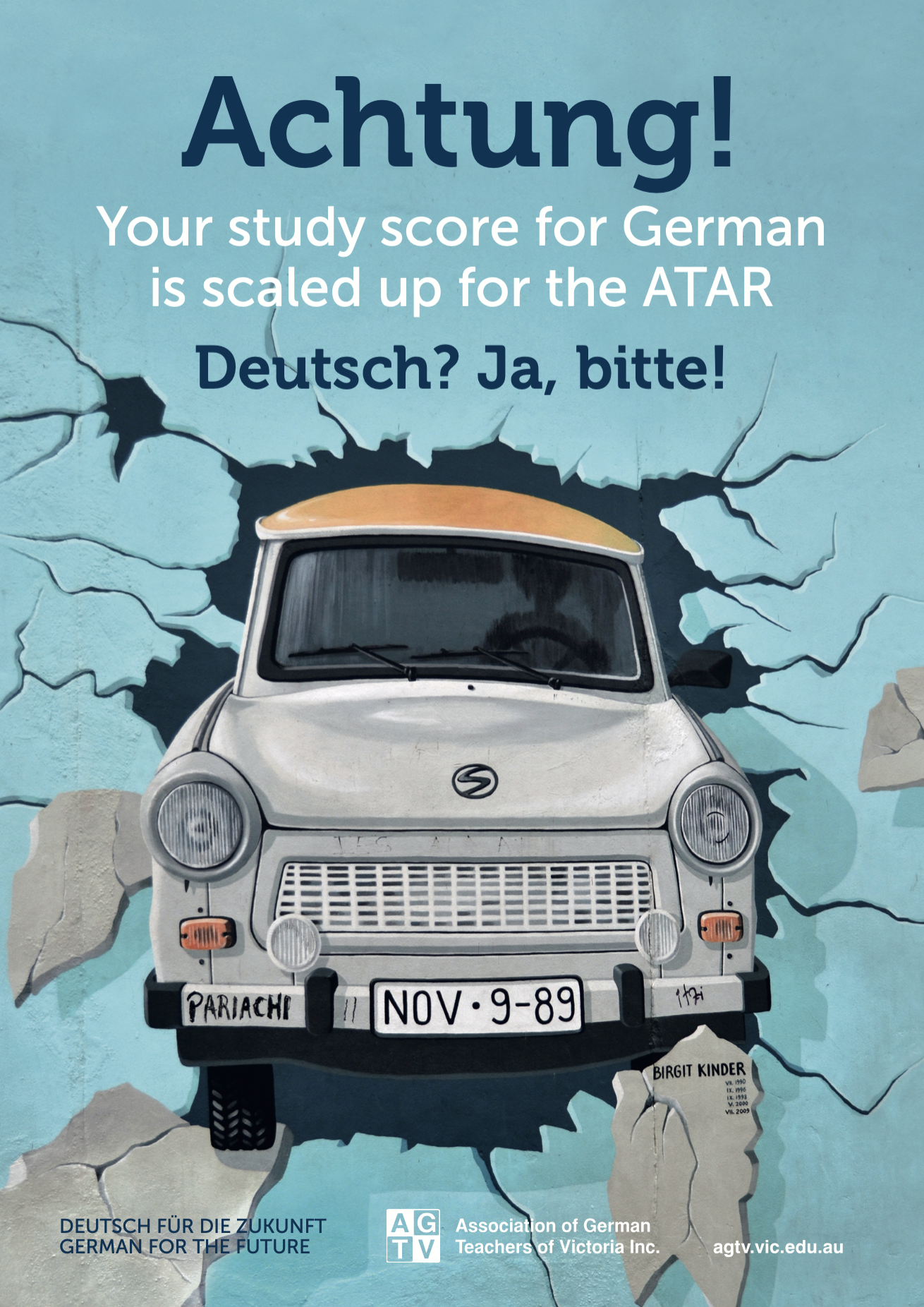 Skills in German enables access to personal, social, educational and professional opportunities which may not be anticipated when you first start learning the language at school in Australia, especially when you are choosing electives.

German is an important language of science, technology, engineering, commerce and the arts.

German-speakers and companies from German-speaking countries can be found throughout the world including a significant presence in Victoria.

Universities and global companies from German-speaking communities offer study, research, internships and work opportunities in Australia, Europe and beyond. They invest heavily in research and design to explore and develop new ideas across the world.

Learning a new language contributes to developing global competence including the capacity for appropriate and effective interaction with people from different cultures, and appreciating the world views of others.

German is not a country. German is the most widely spoken first language in Europe. It is the official language of Austria, Germany, Liechtenstein and one of four in Switzerland (65% speak German), each with diverse cultures and national standards and regional varieties of German.

German is also an official language in Luxembourg, Belgium and South Tyrol in Italy and an official minority language in Denmark, Poland, Czech Republic, Slovakia, Hungary and Vatican City.

English and German are in the same West Germanic language family and many words are similar. You will be able to recognise or work out the meaning of many words: Download a word list. And yes, German has some very l-o-o-n-g nouns, but they are quite logical when you break them up into their parts.

German for the future

Find out what learning a language says about you: Knowledge, skills and attitudes of language learners

The development of this website was supported by the Victorian Government.